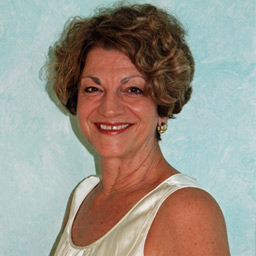 Ms. Petrucci has been a professional accompanist, music director and arranger for soloists, dance companies and performing vocal groups since age 12.Some of these groups include Community Concerts Association, the Merrimack Valley Orchestra, the Lowell Opera Company and numerous community and school musical productions throughout New England. During her high school years she played bass guitar, keyboard, trumpet and vocals in an all-girl rock band “The Empires” who toured throughout New England as opening acts for major headliners such as “Cream” and Vanilla Fudge”. Later she performed as a vocalist, keyboardist, trumpet and flugelhorn player for the cover groups “The Works” and “Nightclass” as well as a stint as classical music radio show host of “Dinnertime Classics” at WJUL.

In 2001, Ms Petrucci founded Seacoast Academy of Music in North Hampton, NH where she remains its director of seventeen music faculty and continues to teach her piano students. She is an active member of NHMTA, hosts annual student music theory evaluations and adjudicates for the Granite State Piano Competitions. In the spring of 2011 Ms. Petrucci successfully completed all requirements and earned the title of Nationally Certified Teacher of Music in Piano from the National Music Teachers Association. In the Fall of 2011, she directed an innovative Piano Pedagogy Session “Reverse Master Class” at the MTNA Quad- State Convention in Boston, MA. She also coached, directed and performed with a vocal performance group at the Italian Folk Art Federation of America (IFAFA) Convention in Hartford, CT.

She recently received training in applying the Feldenkrais Method to piano and vocal performance from the Alan Frasier Piano Institute. And presently performs as pianist and one of four featured singers in the 17 member “Deep Blue C Studio Orchestra” under the direction of David “Doc” Vose, professor at the Berklee College of Music.

I love to teach. I love to learn. I love to make music with others. Sharing these passions fills me with a deep sense of purpose and gratitude. My teaching mantra resembles “Ready. Set, Go!” Without intention and attention, there cannot be a goal to achieve. I try to awaken the curious musician in each of my students. The one who learns to forge ahead with an honest diligence and leaves the judgmental criticism behind.